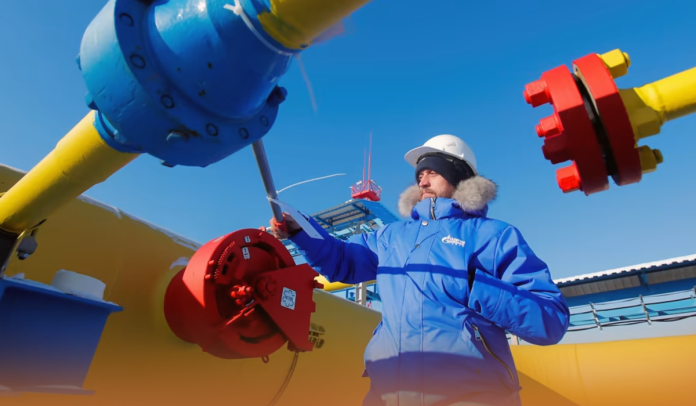 On Tuesday, PJSC Gazprom, a Russian majority state-owned energy corporation, said that it had signed a contract with Beijing, thus creating a legal obligation to begin payments for deliveries of gas to China in rubles and yuan instead of the United States dollars.

The transition is part of a drive by Moscow to cut the dependence on strong currencies like the euro and the U.S. dollar in its banking system and financial institutions and for trade – a push that Russia generated since the US and its European allies levied consequences amid its large-scale incursion of the East European Ukraine.

Alexey Miller, the Chief Executive of Gazprom, said that permitting payments in Chinese and Russian currencies was favorable for both the China National Petroleum Corporation (CNPC), China’s major energy corporation, and Gazprom and would serve as an example for other firms to follow.

According to media reports, Moscow has been establishing closer economic interactions with Beijing and other non-Western world, particularly as a growing market for its substantial oil and gas exports. Furthermore, a Saint Petersburg, Russia-based gas industry firm, didn’t notify when would the gas payments shift into yuan and roubles.

Earlier in 2022, the Russian leader forced Western gas buyers to open rouble accounts in Gazprombank JSC (GPB), a private-owned Russian bank, and make payments in rubles if they sought to continue Russian gas supplies. Russian gas deliveries were stopped to some of the states and firms amid their refusal to the terms of the agreement.

Moscow contracted a 37.5 Bn dollar extension to its agreement to deliver gas to the People’s Republic of China (PRC) on the eve of the incursion. Russia commenced supplying gas to PRC through the Power of Siberia, an 1,865 miles long PJSC Gazprom-operated pipeline in Eastern Siberia, late in 2019. Russian President acclaimed the action as a sincerely historical event.