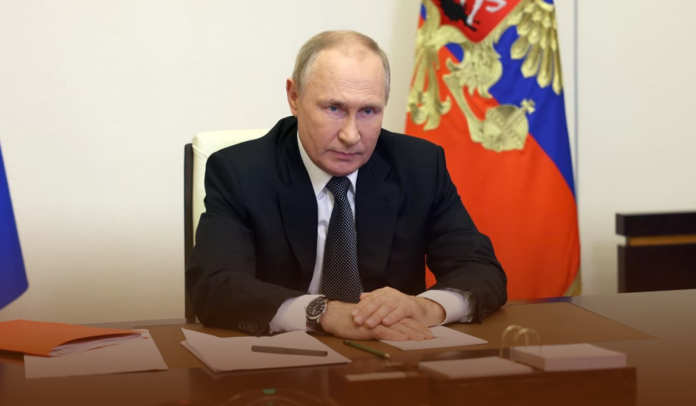 On Friday, Vladimir Putin, the President of Russia, publicly approved the removal of civilian residents from the southern Ukrainian province of Kherson due to conflicting information about a curfew being enforced in the Kremlin-occupied region. According to media reports, that is the latest indication of Moscow’s withdrawal from one of the most intensely contested territories in war-torn Ukraine.

The Russian President told pro-Moscow activists while making his remarks during Russia’s “Unity Day” national holiday celebrations on November 4 that unquestionably, Kherson residents should be evacuated from dangerous combat zone so that the non-combatant people shouldn’t experience something unpleasant.

According to Kherson officials, the Ukrainian military has been gradually progressing towards the strategically important port city located on the Dnieper River and the Black Sea. The Russian leader said innocent civilians living in war-affected areas should flee for their safety. Around seventy thousand residents are recorded to have been evacuated already from a regional economic center – Kherson – the only big city occupied by the Kremlin forces since its military brutally attacked its neighboring country in late February.

Ukraine blames Moscow for forcibly expelling the Ukrainian people, which is considered a violation of the laws of war, although Russian officials reject the accusation. In addition, Moscow’s devastating rocket and drone attacks on critical infrastructure all over the war-ravaged country have caused severe damage and numerous casualties and compelled Ukraine to execute recurrent power blackouts.

According to media correspondents, the Russian President’s remarks come after Thursday’s reports that Moscow troops also had been retreating from the Kherson region, and that would be a significant removal. And Kirill Sergeyevich Stremousov, deputy head of the Kherson Civilian-Military Administration, told the Russian journalists that Russia was expected to withdraw its military from the region.

Furthermore, during Friday’s remarks in Moscow’s Red Square, the President of Russia said that around 0.318 million military recruits had committed to fight since Mr. Putin announced mobilization – surpassing the target of 0.3 million. He continued that 49K of them were already fighting against Ukrainian forces, a number yet not independently confirmed by the British Broadcasting Corporation. In the meantime, the PMC Wagner, a Russian paramilitary organization, opened its first Headquarters in Saint Petersburg, Russia, according to AFP reports.

On Nov. 4, the US Defense Department announced that the United States would send additional weapons and military equipment worth USD 400M to the Armed Forces of Ukraine, including overhauled T-72 Main Battle Tanks from Prague and missiles for HAWK air systems that could be employed against Moscow’s cruise missiles and drone attacks.