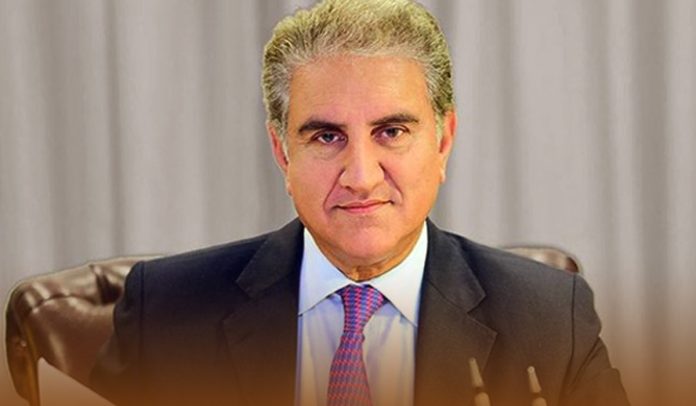 On Friday, Pakistani authorities pushed back against accusations the country’s Foreign Minister made anti-Semitic remarks in a Thursday (May 20) TV interview while discussing the Israeli-Palestinian clash.

Bianna Golodryga shot back, saying she would call that an anti-Semitic remark.

The Foreign Ministry, however, dismissed those assertions in a statement Friday, saying the remarks could not be interpreted as anti-Semitic by any stretch of the imagination.

The statement said that any twist given to the Pakistani Foreign Minister’s notes would, unfortunately, prove the very point he was making. The right to ‘freedom of expression’ must be valued equally by everyone.

The Pakistani Human Rights Minister, Shireen Mazari, tweeted on Friday that ridicule Islam and their Prophet [Peace be upon him] and spread Islamophobia by claiming it as “freedom of speech” when they highlight Israelis deep pockets and influence over western media & governments, it gets labeled anti-Semitic. Massacre Palestinians and claim it is right of self-defense.

She wrote that it is time to reject and counter this false narrative. Enough is enough. They can’t be blackmailed by such descriptions because they do not bear the burden of the West’s history seeking to move on their shoulders.

Moeed Yusuf, Pakistan’s National Security Adviser, hailed Shireen Mazari’s declaration. Mr. Yusuf tweeted that Very well said @ShireenMazari1. It is about time they unapologetically stand up for what is right by calling out hypocrisy.

Very well said @ShireenMazari1. It is about time we unapologetically stand up for what is right by calling out hypocrisy. https://t.co/UyETriRJAC

Shah Mehmood Qureshi’s interview aired soon after he spoke at the U.N. General Assembly meeting on Gaza-Israel, in which he highlighted the plight of Palestinians, saying the responsibility lay with Israel to halt the week-long violence.

A cease-fire between Hamas and Israel was announced hours later, which returned an uneasy quiet to Israel and Gaza on Friday morning.

South Asia senior associate at Washington’s Wilson Center research institute, Michael Kugelman, tweeted Let us be clear. When the Foreign Minister of Pakistan goes on CNN and deploys tired anti-Semitic figures of speech, slurs originally directed at Jews long before the independence of Israel, he does not advance the cause of the Palestinians.

Let’s be clear: When Pakistan’s FM goes on CNN and deploys tired anti-Semitic tropes–slurs originally directed at Jews long before Israel’s independence–he doesn’t advance the cause of the Palestinians. Instead, he scores an own goal and risks alienating his target audience.

Kugelman wrote that ‘instead, Qureshi scores an own goal and risks alienating his target audience’.

A U.S. television host, Mehdi Hasan, said on Twitter that he sees some people trying to defend the Pakistani FM’s remarks as anti-Israeli and not anti-Semitic but let us be clear if they (people) are accusing Israelis of having deep pockets and controlling the media, then yeah, people are invoking some pretty anti-Semitic slurs.

However, the Director of a Pakistani research institute, the Centre for Security, Strategy and Policy Research, Rabia Akhtar, defended the statements.

Such a shame that Pakistan’s FM’s remarks @SMQureshiPTI are being termed as antisemitic when all he did was talk about Israel’s lobby and how it influences US foreign policy, which is a fact and not antisemitic slur! Israel has nukes and it has a lobby.Let’s not ghost these facts https://t.co/QzBFkC8FNg

Moreover, she said in response to Mehdi Hassan’s tweet: such a shame that Pakistani Foreign Minister remarks are being termed as anti-Semitic when all he did was talk about Israel’s lobby and how it influences United States foreign policy, which is a fact and not anti-Semitic slur. Israel has nukes, and it has a lobby.