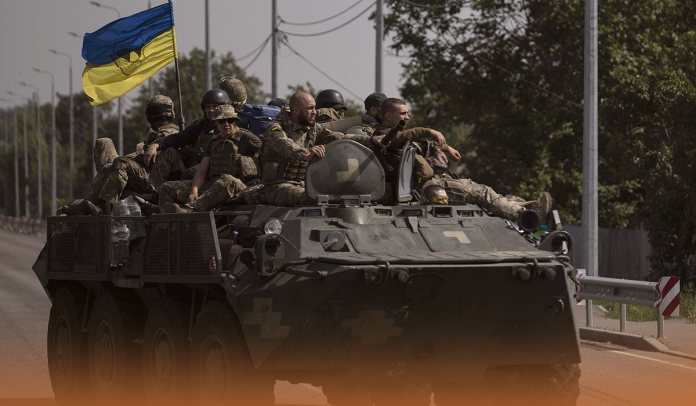 On Sunday, the military forces of Ukraine effectively pushed their rapid counter-attack in the northeastern Kharkiv region, even as an atomic nuclear facility in the Moscow-seized southern part entirely shutdown in an attempt to avoid any potential nuclear incident as the battle intensified close to the plant. But Moscow forces launched a retaliatory strike at power and civilian infrastructure late on Sunday, leading to power cuts across the eastern part of the country.

According to Ukrainian officials, widespread power failure purportedly affected millions of residents in the Donetsk and Kharkiv areas. However, Ihor Oleksandrovych Terekhov, Mayor of Kharkiv, said that the power supply is now restored. The retaliation came after Kyiv officials declared its military had regained control of around 1160 square miles in a swift eastern counter-attack.

As the Russo-Ukrainian conflict enters its 200th day on Sunday, war-torn Ukraine has reclaimed swaths of territory in the country’s Eastern and Southern region in a long-awaited counter-attack against Russian aggression that has inflicted a heavy blow to Moscow.

And according to media reports, the Ukrainian counter-attack started in the last days of August and initially concentrated on the Black Sea port city of Kherson, which was lost to Russian invaders in the early days of their full-scale incursion.

However, when the Russian military command redirected focus and personnel there, Kyiv conducted another successful rapid counteroffensive in the country’s northeastern part. According to the UK’s Ministry of Defense, the Armed Forces of Ukraine have continued to make remarkable successes in the Kharkiv area.

The UK Defense Ministry said that Moscow has likely pulled out its troops from the region, but the battle continues around the eastern Izyam and Kupiansk. According to UK’s Defense Intelligence update on Sept. 12, Moscow has possibly ordered the removal of its forces from the whole of seized Kharkiv.