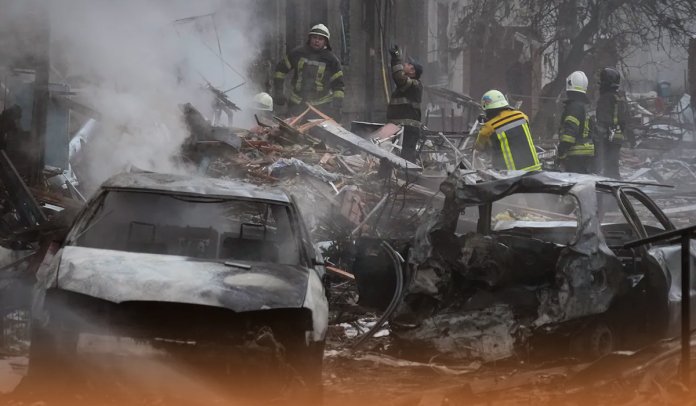 On Wednesday, Moscow carried out fresh air attacks against Ukrainian energy infrastructure, with Russian troops seemingly determined on imposing distress on innocent Ukrainian people at the start of the winter season. Nuclear facilities went offline amid strikes. It is reported that the Ukrainian authorities said at least seven residents were killed and nine injured in the recent rocket attack that struck a 2-storey building.

In addition, Kyiv reported massive power blackouts in multiple cities, including the Capital and neighboring Moldova, but the former Soviet republic wasn’t directly hit. However, Volodymyr Zelenskyy, the President of Ukraine, had blamed the Kremlin for ‘crimes against humanity’ after the latest missile attack caused a loss of electrical power supply to the Ukrainian civilians.

The three atomic power stations still under the control of Ukrainians were disconnected from the National Grid, and the largest European nuclear complex – Zaporizhzhya NPP – was once again forced to depend on diesel-powered generators to prevent any potential disaster. In addition, the world’s centre for cooperation in the nuclear field – Vienna-based International Atomic Energy Agency – articulated their concerns regarding the Moscow-occupied ZNPP, which has suffered damage from continued strikes.

Furthermore, Vitali Volodymyrovych Klitschko, Mayor of Kyiv, said on the social media that one of Kyiv’s energy facilities had been struck, and injured one person. In the Western Ukrainian city Lviv, nearly 45 miles from the Polish border, the city mayor said the entire town had lost electricity supply, although there was no initial information on how many places had been struck.

On November 23, the Pentagon proclaimed the approval of a Presidential Drawdown of weapons and military equipment worth USD 400M to meet Kyiv’s defense needs. According to the U.S. Defense Department press release, the recent approval is the President Joseph R. Biden government’s 26th Drawdown of security aid from US Defense Department’s stockpiles for the Ukrainian Armed Forces since August last year. The military capabilities in this latest defense package include:

Overall, Washington D.C. has sent around USD 19.7 bn in military support to war-ravaged state since Mr. Joe Biden took office in January 2021. Since 2014, America has sent over USD 21.8 bn in defense aid to Kyiv and almost USD 19 bn since the start of Moscow’s unjustifiable and cruel incursion on 24 February 2022.