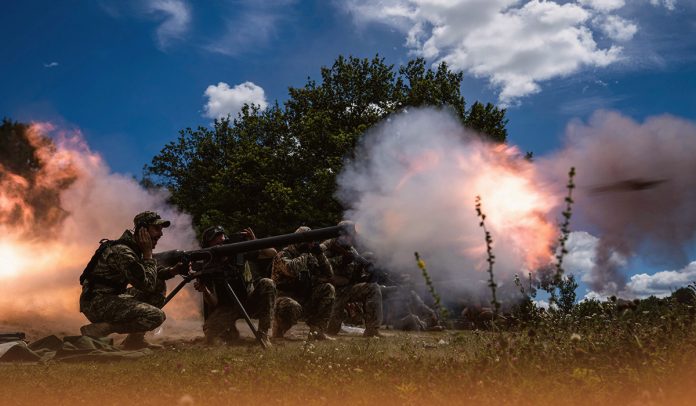 On Wednesday, Sergev Viktorovich Lavrov, Russia’s Minister of Foreign Affairs, said that Moscow’s aims in war-torn Ukraine now went beyond the Donbass region into the South of the country. As the brutal conflict in the post-Soviet state nears its fifth month, Lavrov told the reporters that the geography is different.

During an interview with RIA, Russian state-owned news agency, Russia’s Foreign Minister said that it’s not at all Luhansk People’s Republic and Donetsk People’s Republic; it’s also Kherson, a significant economic center on the Dnipro River and on the Black Sea, and Zaporizhzhia, a city on the Dnieper River in country’s southeastern region, and several other parts in southern Ukraine. The remarks by Lavrov indicate Russia’s refocused attitude to the brutal war in the East European state.

According to media reports, only three months before, the Russian military shifted its focus onto eastern Ukraine after failing to take Kyiv. When the Putin-led military made advancements by implementing President’s directions and seized Lysychansk, the last holdout in the easternmost Luhansk region, earlier this month, their forthcoming action was expected to be in the Donetsk region.

And if Russia captures eastern Donetsk, then Moscow would invade the whole of Donbass, which has protected the Kremlin-supported separatist bloc since 2014. However, earlier in the month, the United States delivered American light multiple rocket launchers through the security package valued at 400M dollars and is extracting from Presidential Drawdown Authority (PDA) for Military Assistance for Ukraine only, meaning that America is delivering arms directly from American weapons stockpile.

Furthermore, the latest military support has strengthened the ability of the Armed Forces of Ukraine to annul Moscow targets. Earlier in July, there’re massive blasts in several seized regions in the Kherson, Zaporizhzhia, Donetsk People’s Republic, and the Luhansk People’s Republic. The present evidence, from the Western analysts and images from satellites, is that the attacking has been most effective.