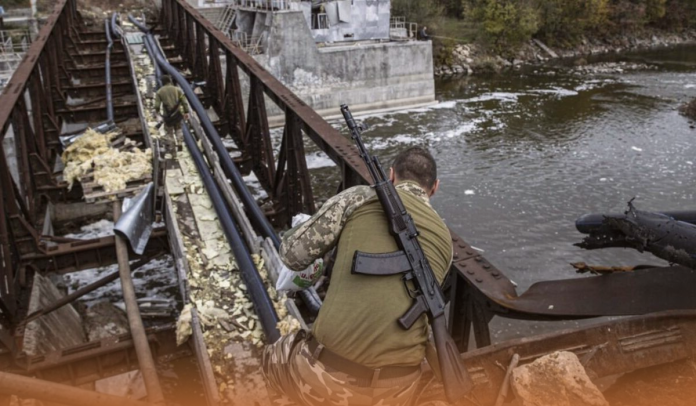 Moscow-installed officials in the occupied Kherson said they’d completed the relocation of non-combatant residents from the strategic port city of Ukraine before an anticipated intense battle with progressing military forces of Ukraine. The Kremlin-installed head of the Kherson region said that Russian forces were readying the port city for defense in the matter of a potential fight against Ukrainian forces.

According to Russians, nearly seventy thousand innocent civilians are said to have moved to Dnieper River’s eastern bank, in what Kyiv has called forced displacement. In the meantime, the Russian military official said it had mobilized the needed 0.3 million reservists.

Sergei Shoigu, Russia’s Minister of Defense, told the President of Russia that forty-one thousands of those enlisted had already been positioned in the war zone in the post-Soviet state of Ukraine. The figures hadn’t been independently confirmed. The remarks by Mr. Sergei come due to public anger all over Russia over the military mobilization campaign.

In the early days of Moscow’s large-scale incursion of its neighboring country, the Russian leader vowed that only those personnel on an enlistment contract would be deployed to fight against the Armed Forces of Ukraine. In addition, Maxim Ivanov, Deputy of the State Duma, said it was impermissible to send recruits unprepared to areas like the People’s Republic of Donetsk.

Furthermore, on Friday, the U.S. Defense Department announced that it would provide the government in Kyiv with additional weapons and equipment worth USD 275M from its stockpiles to fight off Russia’s violence, which has now entered its 248th day. The latest security package from Washington contains HIMARS light multiple rocket launchers, two thousand 155-millimeter Howitzer shells, 125 Humvees, and other military equipment.

Antony Blinken, the US State Secretary, said that the U.S. is also working to deliver the air defense systems to Ukrainian forces it needs, with the two initial NASAMS – short- to medium-range ground-based air defense systems – ready for delivery in November. Moreover, America is also working with its partners to approve sending of their own defense capabilities to Kyiv forces.