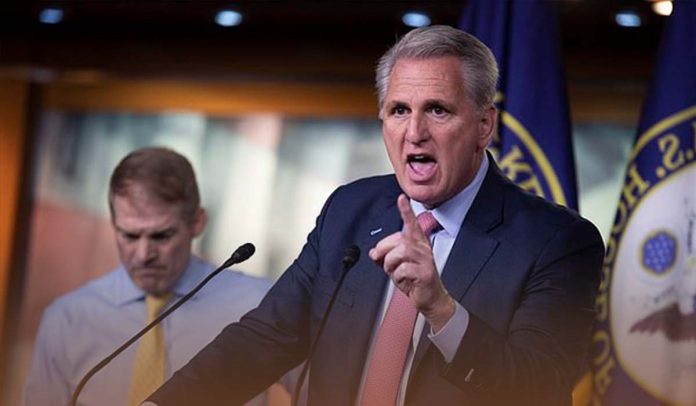 Early on Wednesday, Kevin Owen McCarthy, House GOP Leader, delivered a letter to the January 6th Select Panel probing the deadly Capitol Hill insurrection, demanding to preserve all transcripts and records from its extensive inquiry into the Capitol riot and promising to conduct hearings in 2023 on the security failures in Jan. 6 attack.

In addition, after winning the majority in the lower chamber of Congress in Midterm Elections, GOPs clarified they’d prioritize questioning Joseph R. Biden, the United States President, and his administration on multiple fronts. According to media reports, the latest notice from McCarthy, who is contesting to be Speaker of the House, indicates that GOPs might also use some of their time in 118th Congress in an effort to rewrite the narrative of the deadly riot.

A Mississippi Democrat also said that the California Republican had an opportunity to have members of the Congressional panel, he’d an opportunity to come and testify in front of the inquiry panel; therefore, he ponders the horse has left the barn. Mr. Thompson continued that the committee will do its work and “we’ll end 31st December.” If McCarthy wishes to carry out whatever he wishes as House Speaker, it’s his own choice.

The U.S. Representative serving California, District 23, has shown no interest in creating a GOP-led January 6th Panel, as some on the right have forced to do. However, House Minority Leader will probably give GOP members room to re-litigate the Dems-led House Select Panel’s inquiry. Earlier in 2022, U.S. House Committee on House Administration sent a comparable preservation request to the House inquiry Panel and vowed to continue inquiring about security failures on the Day of Insurrection.

Furthermore, the U.S. House Republican is planning to release its own report on the subject when the January 6th Chairman releases the final report before the end of December 2022. On Nov. 30, Mr. Thompson, a Democrat, repeated that not only does the committee plan to preserve everything, but also ready to disclose the maximum to the American people through its report as early as the panel gets the report back after printing.

Read Also: GOP Wins the Razor-Thin Majority in the US House