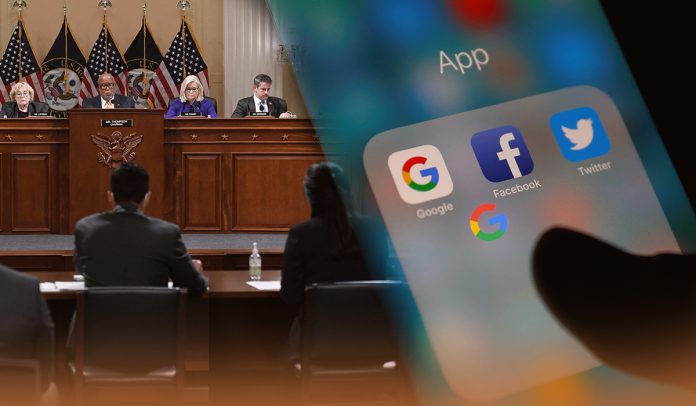 The House Select Committee inquiring about the 6th JAN Capitol assault has issued subpoenas to social media giants after the bipartisan committee said the media companies provided ‘inadequate responses’ to its request for documents and information last summer. The subpoenas were sent to the parent company to Facebook – Meta, the parent company to Google and YouTube – Alphabet, Reddit, and Twitter.

The Select Panel again requested that the four social media conglomerates hand over a trove of records related to domestic violence, the spread of misinformation, and attempts to tilt the 2020 Presidential election.

The Select Committee has issued subpoenas to four social media companies as a part of its investigation.

After inadequate responses to prior requests for information, the Select Committee is demanding records from Alphabet, Meta, Reddit, and Twitter.

On Thursday, Chairman Bennie G. Thompson said in a statement that the two major questions for the January 6 Panel are how the ‘misinformation spread and violent extremism’ contributed to the fierce attack on their democracy and what actions, if any, social media firms took to prevent their forums from being breeding grounds for radicalizing people to violence at the Capitol Hill.

Moreover, he said it is disappointing that after months of engagement, they still don’t have the responsive documents essential to answer those elementary queries. The House Select panel is working to receive answers for the Americans and help make sure nothing 6th January ever rehappens, adding panel couldn’t permit their work to be delayed any further.

The Panel writes to Alphabet that it has confidence the company had crucial unrevealed information engagements since the initial reach out of the committee in August 2021; he notes that the parent company to Google hasn’t demonstrated a vow to ‘voluntarily and expeditiously’ provide the documents and information being asked.

Furthermore, a Reddit spokesperson confirmed the firm received the subpoena and said they’ll continue to work with the Select Panel on their demands. However, a Twitter spokesperson declined to give a statement. And a Google spokesperson provided the following response: they’ve been vigorously cooperating with the January 6 Panel since they started their inquiry, responding substantively to their demands for responsive documents and information, and are dedicated to working with the U.S. Congress through this process.

The Google spokesperson added they’ve firm policies prohibiting content that provokes violence or challenges trust in elections across Google and YouTube’s products, and they enforced those policies in the run-up to 6th JAN. Also, they remain vigilant and are devoted to protecting their platforms from misuse.

A statement from Meta reads that as the Panel Chairman said recently, Facebook is working with the panel to provide the required information they requested; since then, Meta has provided documents to the panel on a schedule panel staff requested, and ‘we’ll continue to do so.’