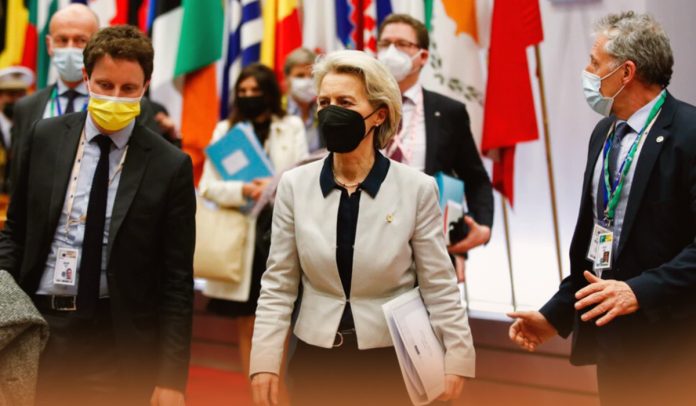 As the European Union announced a new package of sanctions in response to Moscow’s incursion of Ukraine, the bloc said Sunday that for the first time, the 27-member Union plans to perform the unprecedented action of funding purchases and delivery of arms for the post-Soviet state. That move will be in a show of support for the East European country against Russia’s large-scale attack, according to the President of the European Commission.

The plan of the European Union to fund buying of weapons will use millions of euros to assist the purchase of air-defense systems, ammunition, anti-tank warfare, and other ordnance for the Armed Forces of Ukraine. Moreover, the EU would supply things such as personal protective equipment, first-aid kits, and fuel.

As a result of Putin’s ongoing assault on Ukraine, @POTUS and the leaders of the European Commission, France, Germany, Italy, the UK, and Canada decided to take specific measures to further isolate Russia from the international financial system.
https://t.co/eZnPteQWD1

Furthermore, EC President Ursula Von der Leyen hopes the action to be recommended by leaders of the bloc along with other substantial actions – a bar on Russian state-owned news outlets Sputnik and Russia Today and banning Russian aircraft from EU airspace, and severe sanctions against Belarus. She added that Sputnik and RT are the Kremlin’s mouthpiece in the United Kingdom, and the 27-member bloc is developing apparatus to bar their destructive and toxic disinformation in the West.

EU Closing Down Airspace to Russia

Von der Leyen said that they’d no longer be capable of spreading their fabrications to explain Putin’s incursion and to spread division in their nation. The banning of EU airspace comes after several of those Western nations, along with Canada, and the United Kingdom, declared they’d ban Russian aircraft.

The EC President said they’re proposing a ban on all Russian-registered, Russian-owned, and Russian-controlled airplanes. In addition, these airplanes will no longer be capable of overflying, take-off, or land-in to the territory of the EU. This would apply to any aircraft, according to Von der Leyen.

The European Union’s airspace ban will forbid flights over or into the bloc by every Russian aircraft – and that includes the private planes of Russian oligarchs too. Additionally, several Western nations had already banned Russian airplanes from their airspace as of February 27, including Italy, Germany, and France.

Moreover, the European Union will hit Russian ally Belarus – the landlocked East European country – with sanctions for smoothing the incursion. Belarusian President Alexander Lukashenko’s regime had been complicit in the violent assault against the post-Soviet country of Ukraine, according to Von der Leyen. New restrictive moves will strike most essential sectors of Belarus, including cement, tobacco, wood, steel, and iron.

The moves arrive on top of EU sanctions announced Saturday, including detaching some Russian banks from the SWIFT banking system, prohibiting all transactions with the Bank of Russia, and added restrictions on business oligarchs. Moreover, the moves follow the decision of Germany to promise 113 Bn dollars to a special military fund and to maintain its defense spending above two percent of GDP from now on.