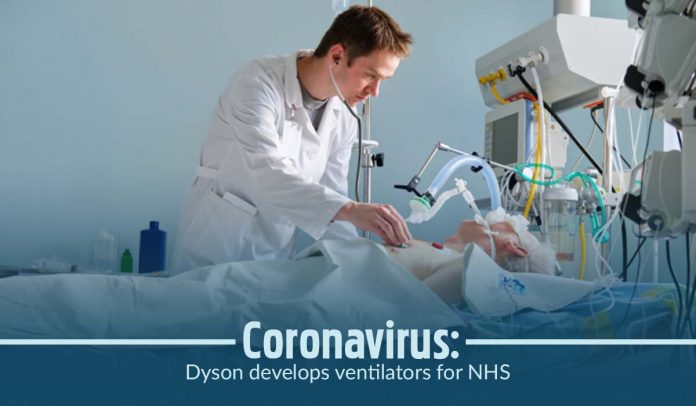 The firm Dyson announced to develop an innovative medical ventilator for the National Health Service (NHS) system of the U.K. to combat coronavirus. British inventor Sir James Dyson is the owner of the firm, and he intends to do on the special request from the government.

In the meantime, an association of over twelve companies has intentions to make ventilators with two existing designs. Whereas, some experts in the industry thought that the approach of Dyson to develop a new version of ventilator would take too long.

Dyson said in a statement that in collaboration with a medical company, The Technology Partnership, based in Cambridge, he would create a meaningful and sensible response. He adds that the highly complex project is undertaking in a tremendously challenging time-frame.

Along with the medical company, they are trying to develop a fully controlled medical device development, which also includes testing in the laboratory as well as in humans, according to the statement. While, anesthetists, engineers, and surgeons from Oxford University and King’s College London are working together to build a new type of ventilator. The less advanced ventilator than previous commercial models will be relatively quick to create.

Dr. Federico Formenti, a member of the OxVent team, remarked that developing new designs that complement previous models might help to meet the worldwide demand. However, companies cannot switch to the new design immediately as no one can put a Formula One component into a medical ventilator; it needs some time.

“Companies can’t switch overnight – you can’t put a Formula One component into a ventilator, it will take time.” https://t.co/m0ASvtnxHE we couldn’t agree more!

Still, the project is waiting for the response of the government. Usually, it takes almost two to three years to design and launch a new ventilator in the market. Moreover, there is a concern that the NHS can run a deficiency in equipment within a few weeks. Senior lecturer in the biomedical engineering department of the University of Glasgow told BBC that re-forming already established prototypes seemed like a faster way to meet the immediate demand.