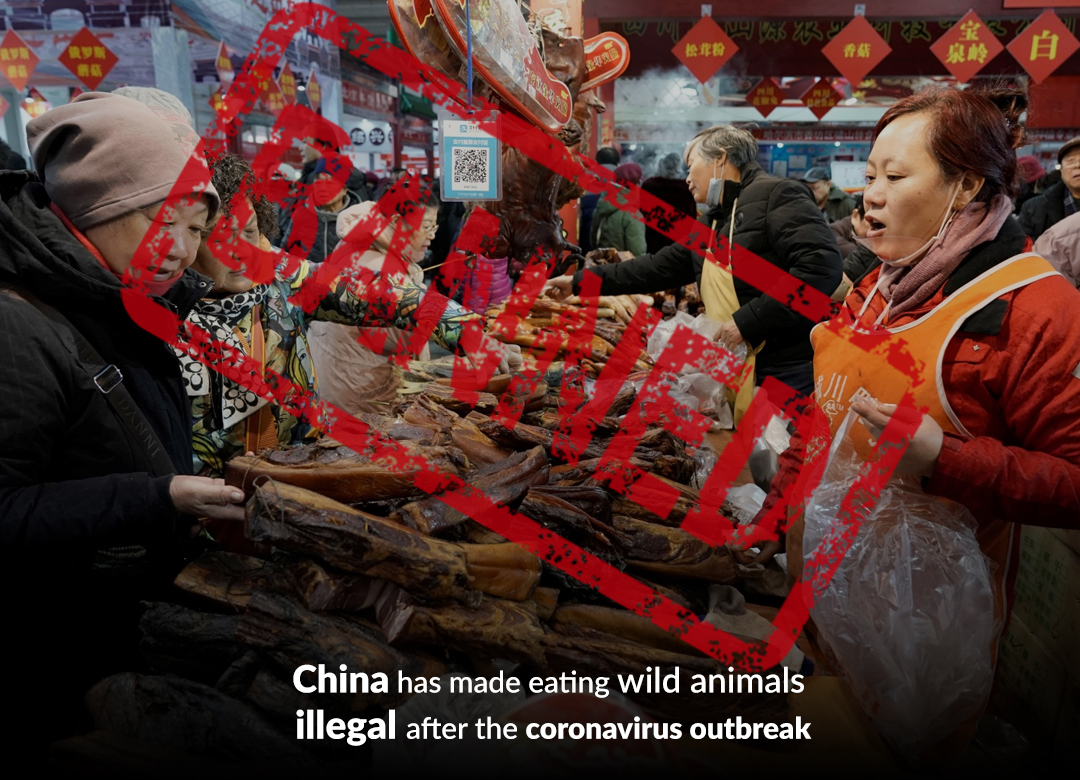 Restrictions made by the Chinese government on the consumption of wild animals and their farming in the market due to coronavirus breakout, which is considered to have initiated in Wuhan’s wild animal market.

Thus far, pangolin, snake, and bats are suspected– till now; it is ambiguous which animal was the primary reason for the virus creation to humans. Chinese Govt. has decided to get control of its profitable wild animal’s market to block another virus breakout.

Temporarily China has placed a ban on consumption and farming of these animals that would be added in law later this year.

On the other side, it would be a hard task for the Chinese community to cease trade of wildlife because they have significant consumption of wild animals for several purposes rather than food, such as traditional medicine, ornaments, pet, and even clothing.

It isn’t unusual for China because, in 2003, mongoose and civet kinds of animals were even banned and slaughtered in a big number that caused the SARS virus outbreak to people. After SARS virus threat, trade of snakes was briefly restrained in Guangzhou. Unfortunately, dishes that involve animals aren’t stopped eating in other Chinese cities.

Health experts have said that China has to adopt a new culture that doesn’t involve wildlife, and he added, the ban is the first very crucial step to prevent coronavirus disaster. Moreover, China has to make amendments in law and should change cultural behavior that affects wild animals.

Wuhan—seafood market not only consists of fish, but there was more than fish selling such as snakes, porcupines, raccoon dogs, and much more. Furthermore, some of the wildlife species were slaughtered and filmed in front of buyers. 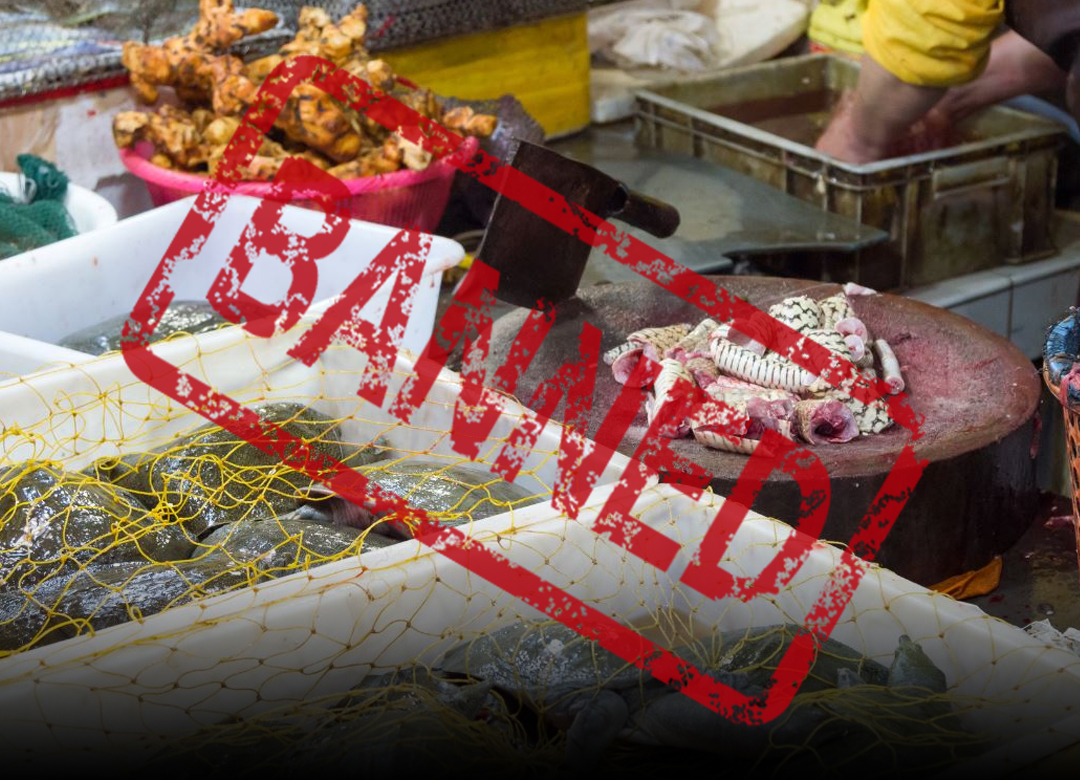 Poon, virologist professor at Hong Kong University, has observed that people visiting markets to sell these toxic animals, increase the virus threat spread towards the human. Although, he was the first scientist that claimed SARS was emerging from civet cats.

A young 24 years old Chinese girl, Annie Huang, told, she with her family visit hotels that offered them wild animals. She added, eating wild animals, including peacock and boar, are supposed good for health. Moreover, eating these animals could be a significant status symbol because wildlife animals are too expensive.

Wildlife industry is one of the biggest industries in China, and we can describe it with Govt. sponsored report for 2017, which implies the Chinese wildlife trade value is greater than $73 billion and holds more than 1 million people as an employee.

Toxic animals are widely used by the country for traditional Chinese medicine. Although, in the presence of President Xi Jinping, traditional medicines have been robustly promoted in Beijing.