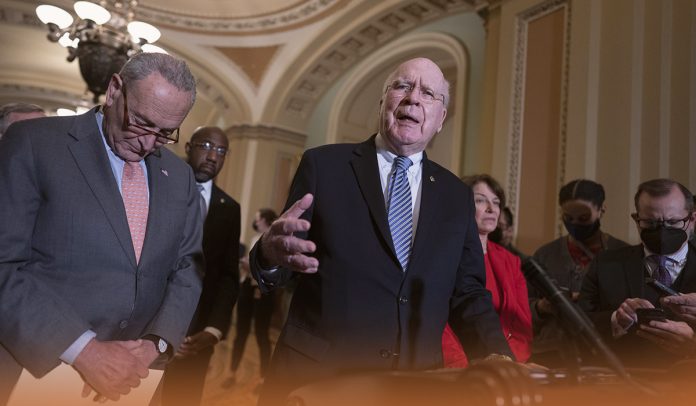 The White House said that Joe Biden, the United States President, will commence an effort on Tuesday to weaken rules that permit a minority group of U.S. senators to kill proposed laws, arguing American democracy is at risk unless new voting-rights lawmaking passes. On Tuesday, President Biden and Kamala Harris, the U.S. Vice-President, will speak in Atlanta, a city with a majority Black population, where Dems gained two crucial Senate seats in last January.

In interviews and fiery speeches, President Biden and top congressional Dems have seized on the first anniversary of the Jan. 6 riot as a reason to proceed with their long-stalled voting, ethics, and elections package. Senate GOPs, who have constantly blocked the lawmaking, criticize the measures as ‘a partisan power grab’ and caution that any rule amendments will haunt Democrats sooner or later under a Republican majority.

NEWS: Tomorrow I will travel to Atlanta with @POTUS & @VP to hear President Biden speak about the need to protect the sacred right to vote. I will carry with me the legacies of all those who fought and died in Alabama’s 7th District & across the nation for this fundamental right.

Since then, GOP state legislators have passed several of state election laws countrywide in response to ex-US President Donald Trump’s unfounded claims he lost the 2020 election race because of massive voting fraud. Moreover, Dems say the state laws will make it more challenging for minorities to participate in elections.

Ahead of confirming that Joe Biden is addressing amending the Senate rules, Jen Psaki, the White House spokesperson, said that tomorrow is an opportunity to speak regarding what the way forward looks like. In 1968, Atlanta was the home of the civil rights leader slain, Rev. Martin Luther King Jr., who is remembered in a national United States holiday on 17th January.

The US President is expected to support changing filibuster rules that require sixty US senators to back most lawmaking, including voting rights bills that don’t have those enough supporters. However, the details of Joe Biden’s plans weren’t evident.

Democratic Senators Krysten Sinema and Joe Manchin, who represent the more conservative states of Arizona and West Virginia, respectively, express that they want to protect the chamber’s sixty-vote threshold from guaranteeing bipartisanship. However, GOPs have said they support keeping the filibuster for the reason that it gives minority policymakers a voice in legislation.

Mitch McConnell, Minority Leader of the U.S. Senate, said it’s beyond distasteful for some of their colleagues to bungling invoke the 6th JAN first anniversary to advance these intentions. Moreover, the fact that fierce criminals broke the law doesn’t entitle Democratic Senators to break the chamber.