The owner of Quick Meds (an online pharmacy), Ahsan Bhatti, said that he thinks the impact would be huge. Moreover, Bhatti is worried about the future of Amazon (a dominant online eCommerce giant) stepping into the pharmacy industry in the United Kingdom.

Bhatti said that he is worried and they will have a huge marketing budget, and they will definitely grab a significant amount out of every other pharmacy on the market. He continued that there will be closures as a direct outcome of it.

Amazon is definitely going to give a tough time to other pharmacy brands. Ahsan Bhatti will be highly concerned and closely measuring the developments in the United States where the giant’s pharmacy inaugurated in November. It permits its customers to create pharmacy transactions via Amazon and gain free, unlimited, and two-day deliveries if the customer holds a prime membership on Amazon.

Investors of the pharmacy chains such as CVS and Walgreens have observed their share prices down. Amazon still hasn’t revealed plans for other territories, but the pharmacy market in the United Kingdom has started to ready itself for the incoming gigantic competitor.

Currently, Ahsan Bhatti is one of the emerging pharmacist players that dealing with online products, but Amazon’s entry will have an impact on High Street pharmacies.

He said that what is lacking in every other pharmacy in the United Kingdom is the logistics, and gigantic Amazon performs that extremely well. Bhatti added that it is perfectly what customers want, having a medicine by 10:00 am and distributed by Amazon to them in the evening. He described that Lloyds Pharmacy and Boots could not perform that, and other independent pharmacies can perform this locally.

In March, Ahsan Bhatti launched Quick Meds as he pushed an application to the National Health Service (NHS) 11 months ago. So, it provides products online via live chat and video, email, WhatsApp, phone, and also delivers same day services on a local level. Besides this, for overseas customers, the firm works through Royal Mail, and that’s the significant point where Quick Meds’ owner thinks Amazon has the benefit over online pharmacies. As Amazon already proved that it could be trusted for fast deliveries.

Mr. Bhatti further explained that as great as Royal Mail are, rarely things got missed or wrong, and these delays might not be a big deal for an online shop, but if we see diabetes or heart medication, all of a sudden, it creates a problem. 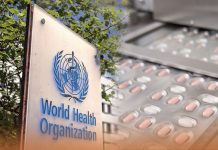